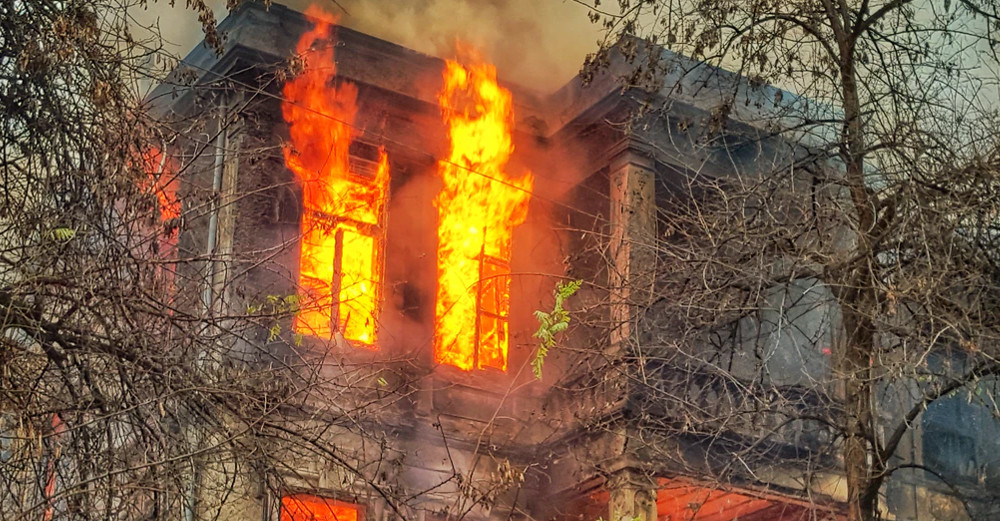 This is one of the times when I really wish your mother was so adamantly opposed to sharing her face over the internet, because I am really proud of her as I write this (even if I write it a week or so after the actual incident occurred). But no means no, whether I like it or not.

Unlike most people in Canada today, I grew up using fire. By the time I was eight years old, we lived in a house that wasn’t wired for electricity (I know, right?), and so I was using candles and oil lamps as casually as you’ll be flipping light-switches by the time you read this.

But the fact that a pretty young child can learn to safely use fire doesn’t mean that it isn’t dangerous! Quite the contrary. The controlled use of fire is probably the most important invention in the history of the human race, but is was and remains an incredibly dangerous tool.

As a case in point, I remember an incident from my childhood when your Uncle Tom and I were in our play area when, suddenly, we heard our mother (your Grandma Bea) cry out from the kitchen. Tom and I rushed to see what was the matter and saw that flames were licking up the walls of the exposed kitchen (and those walls were made of a very soft, and flammable, fibreboard called tentest. Tom and I stopped at the doorway and stared as my parents fought the flames, until my dad (your Grandpa Carl) barked in his best drill-sergeant voice, “Kids! Go get some blankets!”

And that stentorian voice got us moving. We ran back into our small wing of the house and quickly returned with blankets in hand. Just as quickly, my mum and dad dealt with the flames, using the blankets to smother the fire. (Fire needs oxygen to burn, and don’t you ever forget it!)

If you wonder why they didn’t use water, the answer is two-fold. First, we didn’t have running water at that time; most of our water was stored in five (imperial) gallon plastic jugs (that’s 22.73 litres!) — not exactly something you can easily use to spray a fire that is crawling up a highly-flammable wall. The second reason is that, in the early stages, before it has eaten into the surface of whatever it is consuming, the best way to put out a fire is, as I said above, to just smother it, to snuff it out, like putting out a candle by squeezing it between your thumb and fore-finger.

And this no-water policy is doubly-true for kitchen fires, because there is a very good chance that whatever started it was grease. Throw water on grease and it is going to spatter, which in turn will spread the flames over a wider area (quite possibly including you!).

To make a long story short, your grandparents got things under control fast, and no serious damage was done, though the walls were kind of scorched. (I think I remember that my mum eventually covered the evidence with posters and/or some kind of wall-paper, but I won’t swear to it. If I remember to ask her next time I talk to her, I’ll update this letter here.)

So. Fire. Without a doubt the most important “invention” in the history of the human race, but like everything else, a double-edged sword, as the saying goes. It is a most wonderful servant, but a terrifying and deadly enemy.

And fire is something that your mother has had very little experience with. As you know, she grew up in one of the densest cities in the world and has been a city girl all her life. I’ve taken her camping once, and she enjoys walks in the country, but she’s not comfortable at all with open flames.

On the other hand, I grew up with fire. I respect it, but I don’t fear it. Your Grandpa taught me how to use matches around the time I was six, and when we lived in the country outside of Sudbury, we had no electricity in much of the house, so I started to use candles and oil lamps when I was eight.

But still, when someone shouts, “Fire! Fire! Fire!” you know that danger is near!

I had you in my arms when I heard your mother’s shout. After a very brief hesitation, I decided to leave you upstairs while I went to help (a decision I probably wouldn’t make again, even though in this case it proved to be the right one). My greatest fear was that there was a grease fire and that your mother might, through inexperience, instinctively go for the water solution.

I needn’t have worried. Your mum is easily set off by small irritants, but she has always been superb in a crisis, and this was no exception. By the time — maybe 30 seconds after her first cries of “Fire!” — I got downstairs to our kitchen, the fire was out, smothered under a flurry of baking soda.

As it turned out it had been a small fire; she had left some sesame seeds to toast in a pot, then forgotten about them as we chatted and played with you upstairs. Those seeds made for a small, but very smokey fire. In any case, and though there was no grease or oil involved in that fire (aside from what little was contained in the sesame seeds, she did take the right approach: smother the flames, don’t douse them!

All of which is to say, if ever your mum bugs you because she’s nagged you one time too many to clean your room or finish your homework or because you left a smear of food on that plate you labelled clean and put in the dish-rack, remember that when it really matters, she’s got your back (if not your foot).

With love and admiration for you and your mother, I remain your,