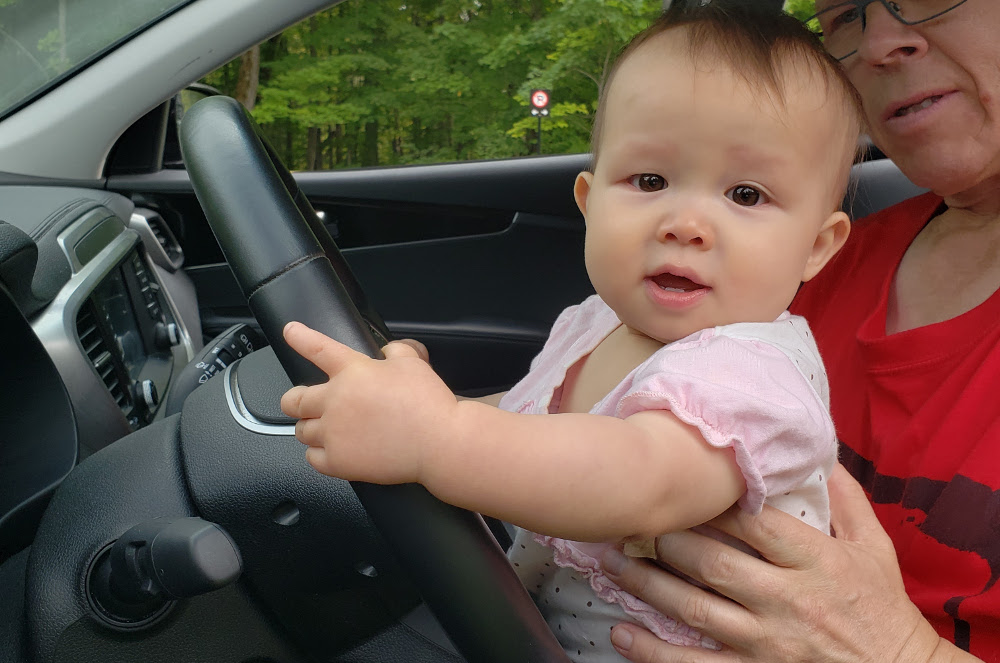 Playing in the East, while the West burns

More than 30 years ago, a friend and I made a road-trip to San Francisco in my 1971 Volkswagen microbus, then drove up the coast to Vancouver, BC.

That trip along the coast was, visually, one of the high points of my life. The redwood forests were more majestic and awe-inspiring than poetry or song had led me to believe, brown and green giants that not only reached the sky, but that seemed to touch it intimately, and the clouds that flowed over the Pacific’s horizon as we drove up the California coast towards Oregon were, as my friend put it, “Like the fingers of God,” heading inland.

30 years on, it seems that the entire west coast of the United States is on fire (the smoke has made it all the way to Ontario now), and I wonder if those trees are still there.

And meanwhile, there is horrific flooding in Africa and Asia, and the ice in the Arctic is melting at an (here’s that word again) unprecedented rate and much of the north is also burning.

And yet, we humans are masters of compartmentalization, and here in Ottawa, though the weather patterns are not as stable as they once were, even if you know very well what we are doing to our planet’s climate, it isn’t at all hard to pretend everything is normal.

This past Saturday, Mama and I pretended everything was normal. (Well. Almost normal. We both carried masks with us, ready to don any time we even thought about going into a store; Covid-19 has not gone away yet.) We rented a car (yes, I am well aware of the irony of that) and drove out of town and into the Gatineau hills.

Saturday was a beautiful day, perfect for a hike in the woods; sunny, but cool and with just enough of a breeze to (mostly) keep the mosquitoes at bay.

We settled you into your car seat in the back of our rental car, and I drove us across the river and up into le Parc de la Gatineau.

We ended up on the grounds of the historic Mackenzie King Estate, both Raven and my first visit there.

As you can see from my expression above, things didn’t start too well, but they got better very quickly!

Compared to many parts of the Parc de la Gatineau, the trails near the Estate are easy to navigate with a small child in arms. (I gave up on the snugly pretty early on, after letting you out so that you could have your first splash in a lake, which I think was Kingsmere lake.)

As I’m sure you can see from the video above, you loved it!

I think the photos and videos accompanying this text will serve their multiple purposes of providing you with an ongoing record of personal events you’ll be too young to remember yourself, as well as a somewhat inadvertent documentation of the world you were born into, but which, as you come of age, will be well into its transition into something very different — and probably, much worse than the one in which I grew up.

And so, there we were yesterday, in full temporary denial, carrying you along paths cut through the mixed temperate broad leaf forest — pines and firs, maples and birches — which looks healthy and as “natural” as any parkland can possibly look.

No strenuous hike, this was a pretty leisurely stroll. We let you call most of the shots, and that meant frequent stops for you to commune with the bark of various trees and to work on taking home leaves as souvenirs.

It was, all in all, one of those wonderful days that, like a good dream, are awfully hard to make interesting in the telling. After all, nothing of consequence happened; we came, we walked, we left.

Well, we also had an impromptu picnic before we drove off.

And we left a spot that, as I said above, seems more or less un-touched by global warming (or climate change), at least to the casual eye.

And even a climate that is changing far faster than most scientists dared to predict even a half-decade ago is a system with an awful lot of momentum to it. It is probably a safe bet that the snows will come to Ottawa this winter, and the winter after it, and that there will once again be skating on the Rideau Canal. I won’t even bet against the probability that you will have the chance to learn to skate upon that wonderful public park, or that you’ll have the chance to learn to snow-shoe …

But will you still be doing any of that a decade from now? In two decades?

As Greta Thunberg keeps repeating, unless we as a global society make some enormous changes pretty much now, the science says that the world you will come of age in will be very different from the one in which I am typing these words and choosing the accompanying joyful photos.

And I guess that is pretty much that for this, much belated, letter.

I love you, and I’ll hope against hope, that my fears will prove exaggerated (I know they won’t be unfounded; it’s much too late for that).

PS: In the interest of not leaving you — or at least, our present-day eaves-droppers — too depressed, I hope you’ll enjoy this photo taken a couple of months ago, when you decided that my dirty laundry was much too interesting to leave in the basket!