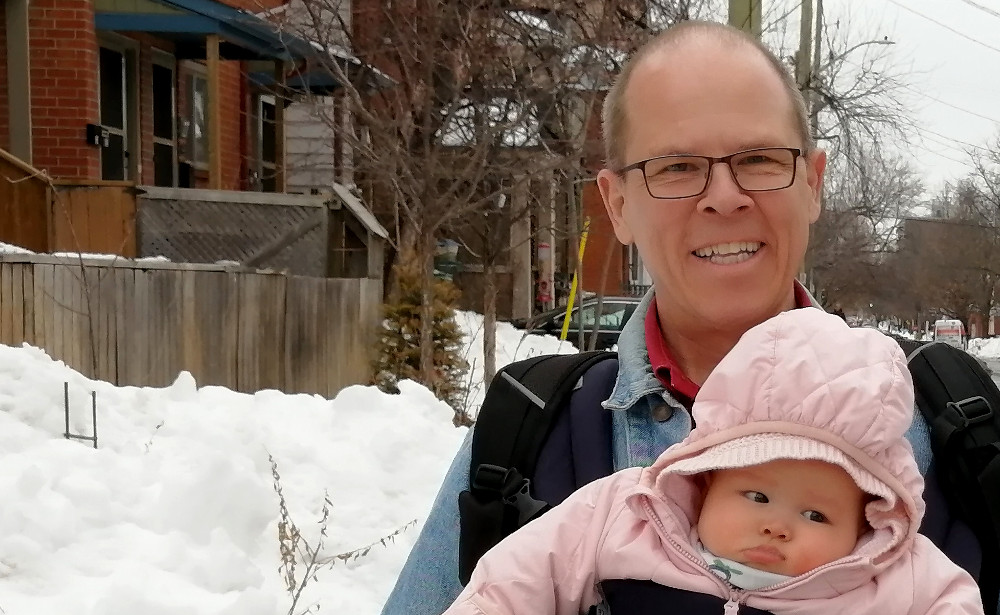 As I hope will still be the case when you are old enough to read these letters, I am not only your daddy; I also run a fledgling publishing company, the BumblePuppy Press. Early this year, we published a new book, a novel written by your grandfather, Carl. This past Thursday, he was interviewed about his book by Peter Anthony Holder. To help promote the book, I asked Grandpa Carl to write about the experience — Tell us, I said, about the interview, what you thought the interviewer did well, and we you think we (the readers) should listen to it. Just type up a casual 100 to 200 words, don’t over-think it.

Funnily enough, when I came home from work last night, your mother mentioned that it has been more than two months since I have posted anything on your blog. She thought it had been since the 100th day anniversary of your birth, but in fact it was when you met Santa Claus — still more than two months ago.

Which is way too long a time. This blog was intended to be a moving time-capsule of sorts, a regular (if not necessarily a daily) report on your development and on my (and to a lesser extent, your mother’s) thoughts and feelings about that development.

But I have to fess up: I have been having a helluva a hard time writing during the past few months; having a helluva a hard time knowing what to write. And when I did have an idea, I have had a bad tendency to over-think things. To start a piece, type a few hundred words, then put that piece aside; come back to it a few days (or weeks!) later, edit a few words, add a few more, then save the file, frustrated at my lack of progress but vowing to do better “next time”.

And next time just laughs at me.

So, as your mum and I talked after supper yesterday, I said I’d been having a hard time knowing what to write. She said something like, “What about her milestones! What about the first time she had solid food? What about how she is getting close to crawling? How about the vaccines she had on Wednesday? Or that walk we took to the Glebe, when she first tasted snow?

“There’s all kinds of things to write about!”

Now, your mum isn’t always right, and she’s not the most diplomatic person in the world (or even in our house!), but she is often right. And she is certainly right that I have failed in my commitment to these letters; and that there is no good reason for that failure.

And so this is my renewed commitment to you, darling daughter. Not only will I start making this blog a priority going forward, but over the next several weeks, I will do my best to also work backwards, to capture at least some of the milestones I’ve missed writing about while they are still fresh(ish) in my memory. Your mum’s habit of taking lots of photos and videos will help with that, as will my Instagram page, which (I see now) has more often than not served as an inadvertent holding area for fuller posts that I should have written here.

(Mind you, even this entry is way more than twice as many words as your mother suggested. But I am not going to let that stop me from posting this one! I just need to wait until I get the damned site (which I accidentally broke yesterday) back up and running. In the meantime, I will work on that back-log …)

Writer’s block or not, I love you more with each passing day, my darling daughter!