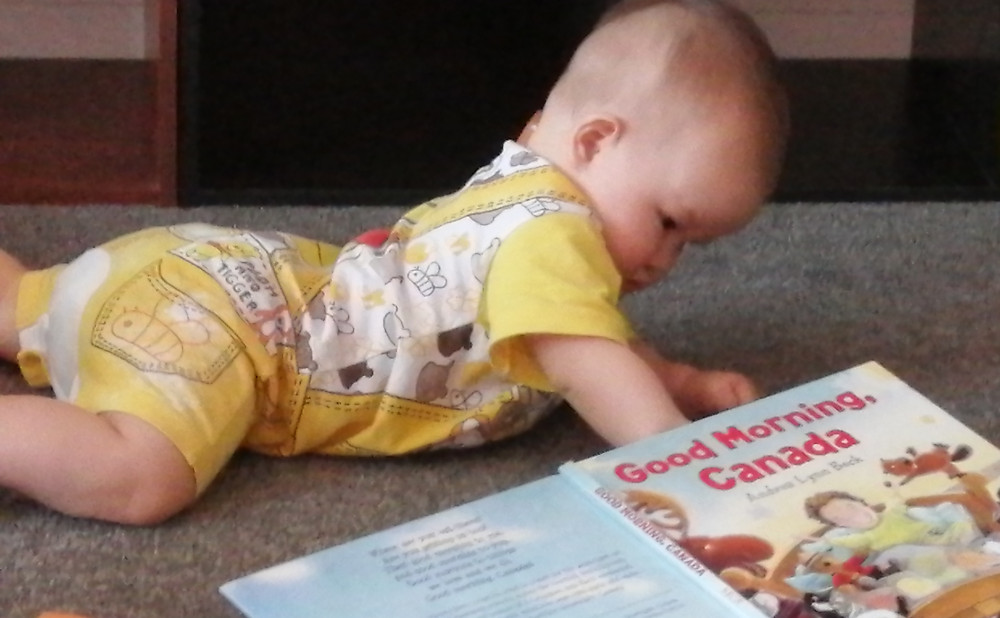 Mixed thoughts on your country’s ‘birthday’

Well, your first Dominion Canada Day has come and gone. In place of the usual celebrations on Parliament Hill, this year’s celebrations were virtual, culminating in a three-minute “fireworks” display viewable on one’s cellphone. You, of course, were long since asleep and would have been even if things had been normal.

Your mother watched, but mostly I did dishes. As with parades, I’ve never been a big fan of fireworks, though I did stop for a few moments to see what Mama Raven was watching on her phone. And the technology was, I admit, kind of cool. She pointed her phone at our kitchen window and lo! rockets burst in air “behind” the sills.

All that said, and leaving aside my weird distaste for the pageantry (not to mention that our federal government allows our national birthday to be branded by a foreign-owned coffee shop chain), unlike your mum (who, as an immigrant, perhaps naturally is more prone to unabashed love for Canada than I am), I have decidedly mixed feelings about celebrating the anniversary of Confederation, which were yesterday quite nicely summed up by a Facebook friend of mine, who as a gay immigrant and person of colour, also has mixed feelings about Canada Day:

Have fun celebrating Colonialism & Genocide Day, everyone!! Sorry, I had to..I couldn’t resist..lol..
More seriously, though, as the product of the Arab diaspora, a lefty and an Ottawan, #CanadaDay is..a weird one for me. On the one hand, of course there’s no denying that it really is celebrating an atrocity and that’s that. On the other hand, I always feel mildly nationalistic on July 1st, as this still is the country that allows me to be an openly gay man and marry the man I love and..having lived in places where you get arrested for just being gay, I appreciate that and lots of other things so much.

“And that’s that” is an over-simplification, of course, but we cannot in good conscious look at (never mind celebrate) what Canada is without first understanding and admitting that “Canada” as a nation state exists because the land itself was — let’s be honest here — mostly stolen from the indigenous peoples who lived here when the white settlers came.

That process took some 400 plus years (and in truth is still going on as I type this), and was a lot more complicated than that short paragraph above might imply, but essentially, that’s why you and I live here in downtown Ottawa and not a family of Odawa people in our stead. (And again: It’s more complicated than that. There were not just one indigenous nation here when why settlers began to arrive, but many, and many of them did not get along.)

I could go into a litany of wrongs done the indigenous peoples of Canada, from broken treaties to children taken from their families, but (I hope) by the time you read this you’ll have had a decent education on this country’s history — from me, if not from your school. Not to mention the way people of colour — especially black and indigenous people — are treated by the police and other organizations that are ostensibly meant to serve and protect us all — or that our economic system is built on environmental destruction and the exploitation of the poor …

I could (and in other places do) go on and on about the dismal state of this country and of the world.

But there is another side to that coin, and I think it’s as important to remember the accomplishments as it is to acknowledge the failings, in one’s personal life as well as in the wider world.

So, to get to the point, if I am not particularly proud to be a Canadian (I was born here; I didn’t choose that status), neither am I am ashamed to be one.

There isn’t a country on earth that doesn’t have an ugly past (Iceland may have been uninhabited when the Vikings colonized it, but they brought slaves with them) and precious few, if any, that aren’t doing some pretty awful things in the present. Canada is no exception.

Yet for all of this country’s crimes and misdemeanours, past and present, it is also a remarkable political experiment in multicultural tolerance and, sometimes, even affection, and one with a better than average record on human rights in general. You may find this hard to believe, but I am just old enough to remember seeing “help wanted” adds specifying men or women; and I vividly remember the times when, as a high school student out with a bunch of my friends, we were all shocked to see a woman driving a subway train.

The point I am trying to make is that there have been a lot of changes over the past 100, or even the past 50 years, and quite a lot of them for the better. I think it is important to remember that, even as we fight to make things even better — and also to remember that those gains were fought for, often over years and decades, and at a price paid sometimes in blood.

And so, though you slept through your first Canada Day, I hope you’ll be able to enjoy many more in the years and decades to come, and I hope you’ll do your part to make the day even more worth celebrating than it is now.