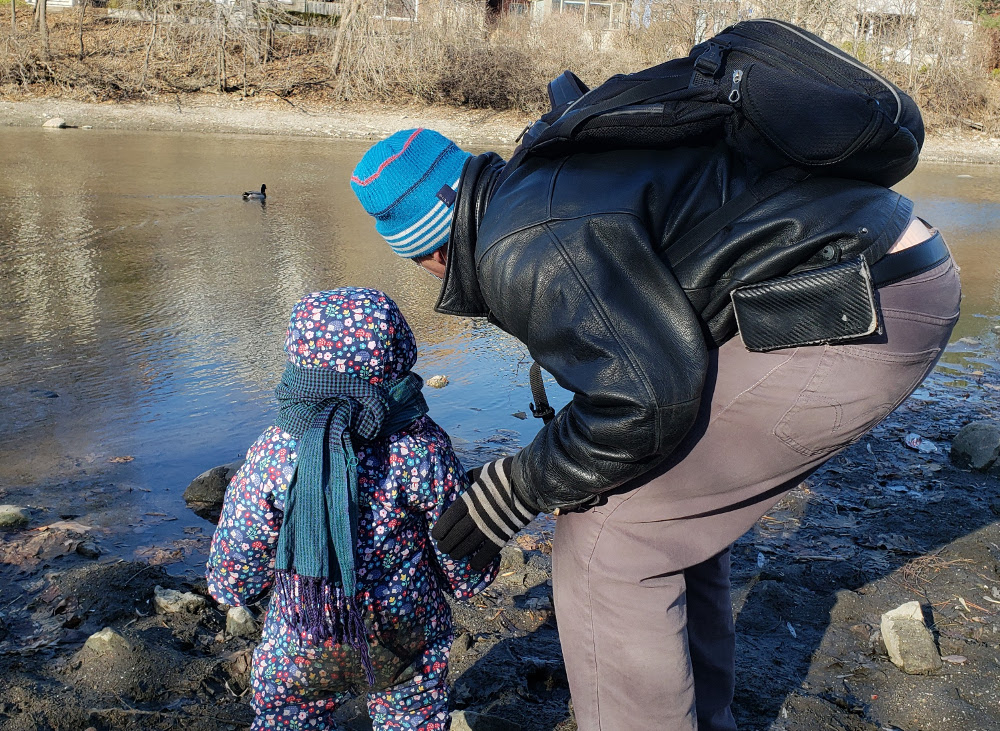 Much to my delight, you have developed a great love for books. Until last week, our twice-daily readings of The Cat In the Hat had been replaced by its (to my mind, lesser) sequel, The Cat In the Hat Comes Back, and now that has been shunted aside in favour of a less famous Seuss, Yertle The Turtle (though you seem to identify with the story’s titular villain, rather than its humble hero, Mack). (You’re also rather fond of Horton Hears a Who, though I think that long story must surely stretch your ability to understand.

But I digress. Its not just fiction that delights you.

You’ve developed a great interest in the letters themselves, and can identify most of them when asked (thank you again, Dr. Seuss! Dr. Seuss’ ABC is another book we keep coming back to).

But you have also, somehow, learned to take abstractions — whether photographs, cartoons, or realistic drawings — and match them with others. As an example, you were thrilled when you realized that your stuffed toy caterpillar is the same creature as a number of cartoon caterpillars in a Sesame Street book.

But what I’ve found even more intriguing is that you have often seen pictures of things that (for some reason) caught your interest, and then wanted to see them in real life.

For some reason? Well, why dump trucks and not fire engines, airplanes but not trains? Le chasse-neige and le camion de livraison but not l’ambulance?

I suppose those questions will have to remain unanswered, just as I’ll never know why a photo of pasta in that same book (see photo above) caught your attention but the much bigger and more colourful picture of la pizza still hasn’t.

By the time you’ll have the language to answer such a question, I imagine you’ll have long since forgotten the answer.

Anyway, you have developed a similar interest in, of all possible animals, ducks.

On that score, at least, I have a theory: I do an entertaining, if not especially accurate duck-call, and if I’m able to imitate an animal in one of your books, I do it. (I still haven’t managed to get your imitation of my wolf-call on tape. You seem a little shy about it, and never do it on request.

Well, this past Thursday evening, Mama and I made plans to go out as a family on Friday, as she had the holiday off. And we asked you if you’d like to go back to Parliament Hill to see more buses, or to a pond in hopes of seeing ducks.

Your answer was loud and unequivocal: “Duck! Duck!” you hoarse bellowed. Or maybe it was, “Ack! Ack!”, your best imitation of me, imitating a duck.

Whatever. Next morning, we headed out, taking your stroller for a change, as the Glebe Duck Pond is close to three kilometres away, and you’re not the wee baby you once were.

A brief digression. As per the photo above, when you didn’t ride, you insisted on helping to push the stroller. When you and I made a return visit on Saturday, you probably pushed that stroller for eight (8!) blocks, while I did little more than steer and try to stop you from falling too hard when you stumbled.

The pond itself is an adjunct of the Rideau Canal, and so mostly drained at this time of year, but with enough water to entertain — yes, they were there! — a few ducks, much to your (and to our) delight.

Of course, there is a lot more for a toddler to do on the floor of a duck-pond than watch the ducks, and you did all that, too.

But it is the joyous sound of your duck call that will stay with me most of all.

Here’s hoping that your new-found interest in all things squishy and muddy, animal and vegetable, means that next winter you’ll take to the snow, and that, someday, you’ll let me take you camping — more than once.

But whether you will or you won’t

I will love you always,