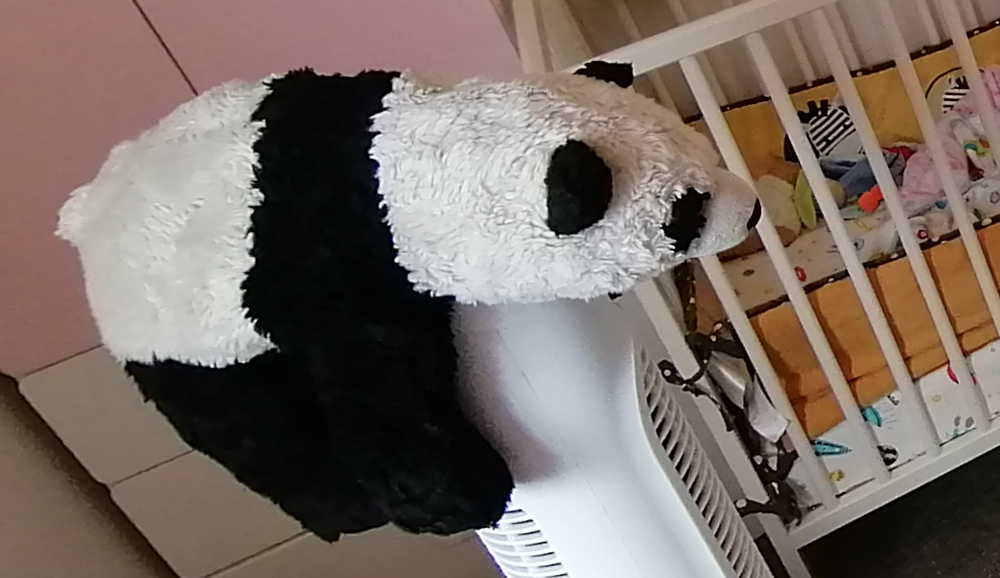 Carl the Second? Carl the hero!

Sometimes a papa just has to brag.

I’m sure you remember my my most recent letter, which ended hopefully, but not settled. You were dealing with the “monster” in your bedroom, but were still nervous about it.

Well, a day or two after I posted, I had a small stroke … of genius (he said, modestly). After a brief discussion with Carl the Second, your wonderful big brother, he enthusiastically agreed to “ride the tiger” — well, ride the fan — in hopes of proving to you that that rotating tower held no dangers for you.

And so, on Sunday morning, after you roused me from slumber, I lifted Carl the Second from your crib, carefully balanced him atop your nemesis, and set it to spinning.

You raised some objection, but I assured you, “It’s safe, Baobao!” and lifted you out of the crib as well, then brought you close enough to reach out and touch Carl the Second if you wanted to.

You didn’t, at first, but you watched him slowly rotate back and forth, like a tide-locked moon, and eventually, you reached out a hand to touch his fur.

And, as you can see below, when I put you down, instead of backing as far from the fan as you could, you approached, like a nervous squirrel tempted by a peanut held in an outstretched hand.

And things have only gotten better since then. On Tuesday, Mama told me that you refused to let her turn the fan off at bedtime, and no matter that the night-time temperature dipped below 20C.

So, here’s to your goh-goh, your brave big brother, Carl the Second! And to the end (I hope!) of your fear of fans!