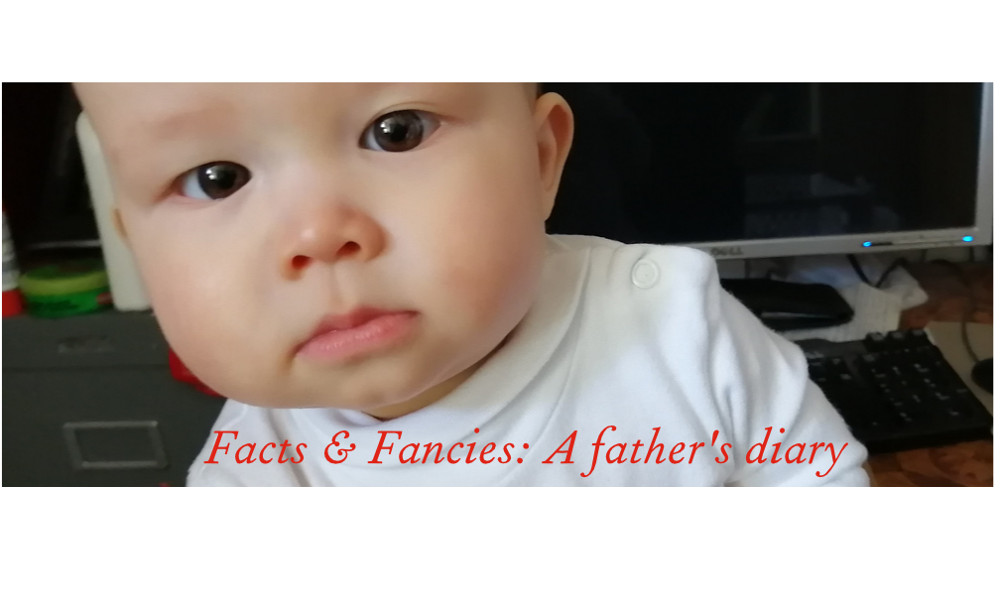 I’m not sure what psychology has to say about when a toddler starts to develop empathy, but Baobao sure seems to display it.

Saturday night was my regular visit with Grandpa Carl. We ended it relatively early, but even so, it was long past midnight before I was asleep, and my darling daughter woke me around 08:30.

After a long week of early mornings (and often, late nights), I was tired.

After getting Baobao her morning rations — Raven’s production has slowed down to a mere 200 millilitres a day; after the first feeding it’s grass-fed cow’s milk — we repaired to the living room/office. I sat down by the couch to spend some time with Baobao but almost immediately let loose with a massive yawn.

And my darling daughter stood up and went to the couch, where she forcefully and repeatedly patted the pillow at the head of it, telling me in no uncertain terms that she wanted me to lie down.

This wasn’t the first time she has responded like that to a yawn, but it was the first time I really took advantage of her generosity of spirit. I lay down on the couch, covered myself, and closed my eyes. Baobao turned away and went to the shelf where her books are, and near to wear most of her toys reside.

And she spent the next hour quietly (very quietly!) messing with her toys and paging through her books as I half-dozed on the couch. It wasn’t a real sleep, but it was a most welcome rest, and she let me have it for a good hour before she finally approached me again.

Needless to say, I hugged her and kissed her and said a half-dozen thank yous, and waxed ecstatic when Raven finally emerged from her own rest upstairs some time after 13:00 hours. (And she is still pumping, pulling her final squirts after midnight every night, so I don’t begrudge her the chance to sleep in. Much.)

I said that her suggestion I lie down was an example of generosity of spirit, but of course, I don’t know what exactly was going through her mind, and I know that it is naive to presume that I do. But it sure as hell looked as if she recognized that I was tired and saw an opportunity to help.

If anyone reading over my shoulder knows of some research into that sort of toddler behaviour, I’d most interested in reading it. But the fact that at least some academics doubt that small children even dream (an argument I’ve been intending to get to since very shortly after we brought Baobao home from the hospital — if she hasn’t been dreaming since Day One, she’s been doing something whose visible and (especially) audible effects are exactly like those of a person having a nightmare), leads me to suspect there’s no consensus on the issue anyway.

Whatever. 36 hours later, I am tipping my beer bottle to what seemed like my 17 month-old daughter’s wonderful gift!