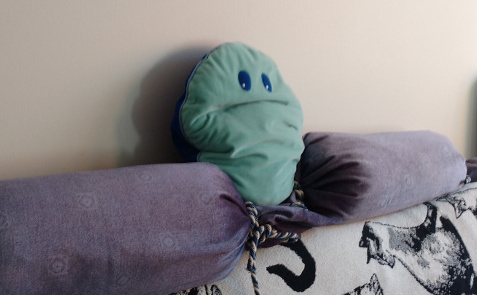 The unbearable heaviness of the autism myth

And so it begins …

I work late hours, driving based out of the Ottawa International Airport. Come quitting time, usually around 2:00 o’clock in the morning, I’ll park the passenger van in a lot about a half-kilometre from the terminal. If I haven’t arrived by bicycle — which, given that Ottawa uses most bike-lanes and paved shoulders to pile snow in the winter, I usually haven’t from early-to-mid December through to some time in March or April — I will either walk back to the terminal or get a ride from one of my colleagues.

Most days I’m happy to walk — it takes only about five minutes, but if it’s raining or really windy, I don’t mind getting shuttled.

Anyway, one night a couple of weeks back, one of my colleagues — call him Alvin — picked me up. I hadn’t seen him for a while and so, when he asked what was new, I told him that my sweetie is pregnant and that I expect to become a dad come August.

He grinned and congratulated me (as one does) and then – immediately! – he launched into a soliloquy.

“Whatever you do, promise me you won’t get her vaccinated right away!” he said which an intensity that suggested, were he not behind the wheel, he would have taken hold of my shoulders and given me a good hard shake to convince me of his ernestness and his knowledge.

“My sister had her son vaccinated at [was it?] four months, and right away she knew something was wrong! And when he was two years old he was diagnosed with autism. It’s been hell for them ever since … I’m not saying you shouldn’t get your child vaccinated, but promise me you’ll wait until it’s a few years old!” And he went on and on, for the full three minutes of the drive (though it seemed much longer than that).

I thought about trying to get a word in edgewise, but I knew him to be one of those people who by nature talk far more than they listen; and also, I didn’t want to miss my bus. In the early hours of the morning, they only come round the airport once every 35 minutes or so. So I let him rant unanswered, smiled and nodded and thanked him for the ride when we reached the terminal, pointing to the waiting bus to indicate I needed to go now.

And so I’ve had my baptism into the world of Everyone Knows Best How To Raise My Kid – five months before she’s going to be born!

But I’ve little doubt I’ll be experiencing it again sooner than later.